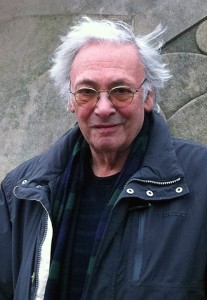 Thijs Chanowski (86), our friend and colleague passed away on Tuesday, March 7, 2017 in Alkmaar, The Netherlands. We thank him for providing us with his inspiration and contributions to the foundation.

Prof. M.M. (Thijs) Chanowski began his career as a musician and writer, but turned to the burgeoning medium of television in the 1950s. As a producer he created a famous children’s television show called “Fabeltjeskrant”, which remains a household name in the Netherlands. In the early 1970s he became involved in the development of digital media. The Philips Natlab hired him as an advisor to the team that developed the Laserdisc, the predecessor of the current DVD.

In 1972, Chanowski created the world’s first interactive Laser Disc. And in the following years he made abundant use of new technologies for producing and editing movies, which he made on various subjects. For one of these he earned the prestigious Prix d’Italia award. More and more, though, his work shifted to the creation of interactive environments.

This new focus spurred Chanowski to found MediaLab BV, a company in the field of “Knowledge Mining”, in 1990. Five years later he was appointed professor of multimedia at the University of Amsterdam.

Another company, Medialab Solutions BV, was founded in 2000 together with Bas Zwaan and Peter Groenen. The “Aquabrowser” was introduced to the international community of libraries as a next-generation search engine. The browser is now used by 80% of the libraries in the Netherlands.

Chanowski has also been involved in various projects for innovation in education and was until 2012 a board member of the Childtuition foundation.